I met Maurice Saxby the first time I attended a meeting of the NSW Branch of the Children’s Book Council. I was in my mid-20s, and I had not long since decided that I wanted to make children’s books my life’s work. I had met Ros Bastian, who was at the time the coordinator of the annual Children’s Book Fair, during my postgrad studies in Children’s Literature at Macquarie University, and she encouraged me to join the CBCA. And so I came along to the AGM, circa 1990, joined the committee and began my work in children’s literature.

And of course Maurie was there. He was the CBC’s first President in 1958, and remained an active member his whole life. I didn’t know anyone or anything much back then—I didn’t know who Maurie was, but I quickly learned. He was of course, as we all so affectionately called him, the Godfather of Australian Children’s Literature. In addition to his work with the CBC, he established studies in children’s literature at university level, and thousands upon thousands of primary education and teacher-librarian students trained under  his guidance. There is no doubting his influence in establishing Australian children’s literature as a core part of the curriculum in Australian schools, and in promoting its value and quality to the international children’s literature community.

Going back to that kid’s lit newbie back a quarter of a century ago—Maurie welcomed me into the fold as if I’d always been there. His generosity of spirit and his passionate commitment to his field rendered him, where it really mattered, ego-free. (He wasn’t ego-free about everything, including his own writing, but that’s not remotely a bad thing.) He wanted advocates, he wanted people to be as in love with children’s books as he was, and anyone who wanted to roll up (and roll their sleeves up) and be part of the community was in, as far as he was concerned. That’s certainly how he made me feel. He always treated me with the greatest professional courtesy, and the warmest personal affection. (Maurie was a kissy man. I think we’ve all received a smacking greeting from him.)

Maurie also had a slightly acerbic side; he knew too much and was too smart to suffer fools privately, but publicly I never knew him to be anything else but charming, warm, generous and completely enthusiastic. And he was a great friend to so many—widowed twice and with no children of his own, his friendships sustained him over many decades. I don’t claim that degree of friendship myself. I am just honoured to have known him, and to have been the inheritor of his great work and legacy in bringing children and books together—and for welcoming me so whole-heartedly into the world that has in turn sustained me and brought me enormous professional satisfaction and some of the most important friendships of my life. 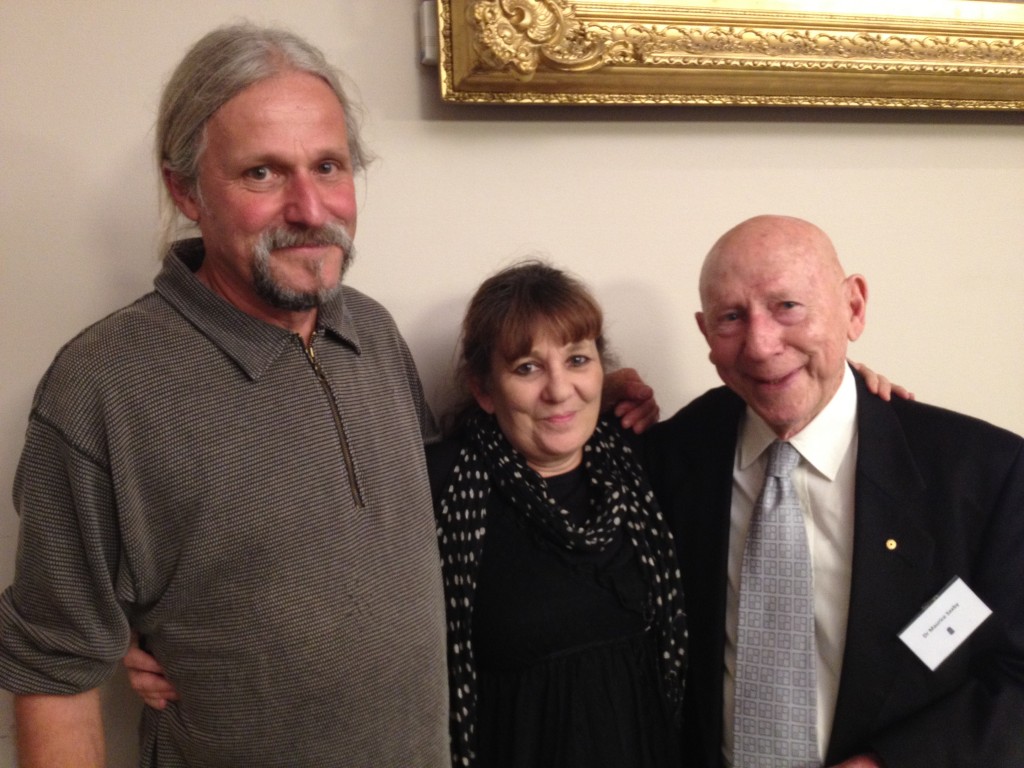 I guess it was a bit more than 10 years ago, I was browsing in a second-hand bookshop, and I came across a small stash of children’s books from the early-to-mid 20th century. Flipping through them, I was astonished and thrilled to see the neatly inscribed name of Maurice Saxby on the fly page of a book called Willie the Orphan, or, The Happy Land. At first, I thought, I must return this to Maurie! How did this end up here? But then I realised it must have been one of the books he sold when he moved from his home to a retirement apartment—and I was so pleased to have it. A book from Maurie’s library! How wonderful to have this on my own shelves.

Tonight, thinking about our beloved Maurie, I went to my shelves and took down the book, and rediscovered what I had forgotten about this treasured find—that it was a book given as a Sunday School prize to the five and a half year old Maurice Saxby. 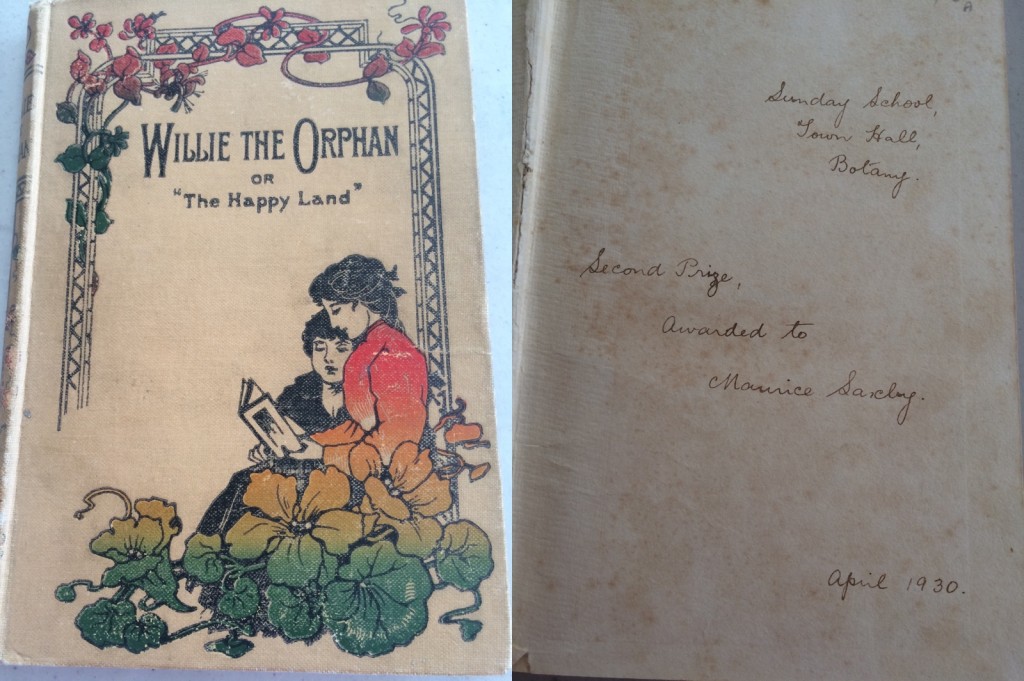 It feels so fitting, to have a book that Maurie held and read and, maybe—I don’t know!—loved as such a young child. Perhaps one of the first books he could read alone. Because, thanks to Maurice Saxby, and all the people he influenced and befriended and converted, I was able to make a life in children’s books. In putting books into children’s hands.

I owe him so much.

And, as I said to Maurice’s great friend, Margaret Hamilton:

We will honour him with our work.